EVERYTHING WE DO IS ROOTED IN COMBAT!
0

Francombat, LLC. is a brand-driven asset management firm and holding company who owns and operates a collective investment portfolio of businesses in the United States, Europe and Asia. Franco Richard is the Chairman and CEO and has overseen day-to-day operations since inception in 2000 with his team of trusted advisors, and highly experienced executives, legal and entertainment attorneys. The company is headquartered in the Caribbean nation of Antigua, with principale offices in Los Angeles, California and Montreal, Quebec.

Born in California, Francombat® is at the forefront of the global combat sports market. For nearly two decades, Francombat has nurtured some of the combat sport’s all-time greats and produced some of its most exciting bouts. It’s a practice we continue to this day, as Francombat further expands its brand while introducing the professional sport of Lei Tai to a new generation of fans.

Founded by visionary Quebecer Franco Richard, Francombat rallies skilled entrepreneurs from a wide variety of backgrounds around a single objective: to capitalize on one of Quebec’s most valuable resources—its unique creative talents—in order to make the most feared fighters in the world and turn them into Champions. To achieve its objectives, Francombat actively recruits talent, manage their career and organizes successful combat sports events.

With the goal of bringing its combatants to the top, Francombat went from a simple training facility and management firm to a now world class promotional outfit. Today, Francombat aim to unify the combat sports scene by combining three distinct aspects of the industry under one main organization : a training facility, a talent agency for fighters, a professional team and an online channel to broadcast shows and events.

Even though Francombat is still relatively very young, we have already made quite an impact on the international scene. Indeed, Francombat has a reputation for creating the industry’s champion. Our exclusive contracts stars are the most recognized, most demanded and highest billed athletes in professional combat sports. Combining the best of the best skilled fighters, a series of dramatic fighting event add the interaction power of the internet are the resulted in media sensations.

While primarily associated with combat sports companies, the brand has adorned a diverse crop of ventures, including music and television productions, and consumer coffee sales. The business assets include a state-of-the-art training facility, a combat sports agency, direct sales and retail division, a comprehensive Internet business infrastructure, marketing division, and publishing department, modeling agency, Coffee shop, and charities. The company also owns and operates the iconic Francombat Penthouse located in the top floors of the company property in Hollywood Hills, California. The estate became famous during the 2000s through media reports of Franco’s lavish parties.

Today, “Francombat” as a word and as a concept have entered the popular lexicon and have become a worldwide phenomenon. Through dynamic marketing and aggressive protection of its trademarks, the brand’s popularity has grown exponentially year after year. The Francombat Fist logo, one of the top brands in the world, and ranked amongst giants such as UFC, Nike, Disney and McDonald’s, continues to fuel the future of Francombat and our global expansion.

Find out more about our leadership!

Did you know the following about Francombat’s history?

Franco Richard founds Francombat, LLC and brings all his business ventures together under one roof. Franco becomes Chairman of the Board and CEO of the corporation.

Franco Richard purchases the Francombat Villa in Hollywood Hills, California, and begins living the good life reflected in his website.

The company begins marketing sneakers, the first of many licensed products that help the Francombat Fist bump logo become one of the world’s most recognized symbols, and ranked amongst giants such as UFC, Nike, Disney and McDonald’s.

Francombat introduces the Unfightable Philosophy, written by Franco Richard in 77 Principles as motivational movement in response to adversity he encounter during his journey to make PRO LEI TAI a reality. The Unfightable Foundation is established as the activist arms of the Francombat Philosophy. 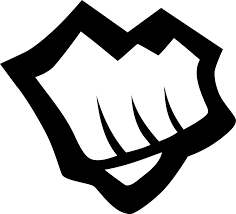